Murder can be risky…and not just for the douchebags on the business end of Emma’s power
saw.
Men only let Emma down. They cheat, and they lie. They send unsolicited pictures of their
genitals. Ready to give up hope, Emma decides to go on one last date. Then it finally happens—
she finds the thing she loves most of all.
Killing clueless jerks she finds on the internet.
Lost in a happy haze of hunting her victims, devising increasingly-clever killings, and
streamlining her dismemberment process, Emma gets careless.
As her need for her murderous outlet grows, she runs an increasing risk of getting caught…or
worse—falling for one of her victims. When I read the blurb, I was extremely excited, because you don’t often find yourself reading about a lady serial killer. Well, it is suffice to say that I was not disappointed in the least !  This has to be one of my favorite horror books of all time, just because it’s so different and lets you get inside of Emma’s head. Her past is shown and basically explains why she became a killer. So even though she kills people you can’t help, but love her and root for her.

There were so many times in the book where I laughed my ass off. She was so comical in what she was doing and how she reacted that I couldn’t help myself. If she were a person, I would want to see if I would actually get along with her or not even though she is a murderer. I just find her absolutely fascinating in all ways.

Ronnie is the best friend that anyone could ever ask for.  I feel like she really relied on her in the story and I am glad that she was there for Emma as well as Terrance. I feel like even though she loved them and needed them she felt like they couldn’t understand her completely and so she was living a double life. She needed something of her own, a family of her own.

Overall, the story was great and the ending was THE BEST !!!! I just knew that it would happen that way and it was the best couple of twists that could have happened. Who knew true love could be such a killer?

Colorado-bred writer, Christina Bergling, sold her soul early into the writing game. By fourth grade, she knew she wanted to be an author. In college, she studied English with a Professional Writing emphasis. Her creative nonfiction class yielded two pieces that were later published—Tell Me About Your First Time in the college literary magazine riverrun and How to Kill Yourself Slowly on denversyntax.com.

However, with the realities of eating and paying bills, the survivalist in her hocked her passion for dystopian horror for a profession as a technical writer and document manager. Bergling published the short story Death and Other Disappointments while working as a technical writer for a Department of Defense contractor. That job took her to Iraq for one rotation, which cracked her mind open to a whole new perspective and started infecting her writing. She blogged from Iraq and during pregnancy and now continues another blog centered on running.

Her debut novella, Savages, was released in December 2014 and was followed by a second, The Waning, in July 2015.

( Information from her ABOUT page on her blog)

I  hope you enjoyed my review ! Please check out her links ! Don’t forget to checkout her blog as well! It is awesome! All these links are where you can get updates about what she is doing and if you’d like to talk to her. She is very nice, so go talk to her. Oh and like the last post … I added the song because I thought that it was fitting to my review and to her book/character Emma. If and when you read the book, you’d understand.

Please check out the book The Rest Will Come it does honestly remind me of a lady version of Dexter, except he killed other killers and she kills her dates that go bad. Emma is seriously badass, YOU GUYS !!! I love her as a character ! Ugh.  So is Bergling, the author! ❤

Thanks for reading  my post and until next time! Toodaloo my lovelies !!

4 thoughts on “The Rest Will Come Review” 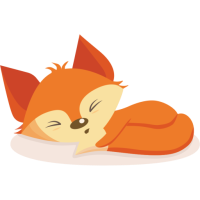 do i have your attention? look what we can create.

The Art of Blogging

The Art Or Endeavour Of Being Lucid In A World We Live In... Secrets Of The Psychics... Energy, Universe, Futurism, Film, Empowerment...Digital Abstract Art Rendering...

Exploring What Captivates, Inspires, and Intrigues Us.