I am so excited to share with you guys this guest post from Ian! It gives you some insight into the book I have been reading and I just think you might love it as much as I have come to. Alright let’s get into it! 😀

Liverpool and the American Civil War

It was only when I began research for Scouse Gothic that I realised Liverpool’s key role in the American Civil War. When the war began in 1861, the majority of Liverpool’s trade was cotton, and the majority of the cotton was supplied by the Southern states. Although Britain was officially neutral, a large proportion of the cotton traders had Confederate allegiances. However, as most public sympathy was with the Unionists cause, they decided to secretly support the South.

Weapons were made in the city’s workshops and foundries, and smuggled across the Atlantic in high speed paddle-steamers, the ‘blockade runners’. Their return journeys bringing cotton and Confederate gold. The Confederate Government then sent agents to Liverpool to control the supply of arms and to arrange for the building of warships, hoping to break the blockade of their ports. Although British neutrality should have made this impossible, a loop hole allowed the ships to be built unarmed and classified as merchant ships, rather than warships. One such ship was the Oreto, which was later renamed and became a famous Confederate raider, the CSS Florida. It was this ship that formed the background for Melville’s story.

(The painting of the CSS Florida hangs in the Merseyside Maritime Museum on Albert Dock. )

The more I researched, the more connections I found. The base for the Confederate agents in the city still exists in Rumford Place, its courtyard still cobbled as it would have been in 1862, although it is now home to a different type of agent, an Estate Agents. And the home of the Confederate banker, Prioleau, who financed the building of the warships is still in Abercromby Square, now part of the University of Liverpool. It was later home to the Chavasse family who also play a part in the book.

As I walked around the city, I kept noticing dates on the buildings and found myself automatically thinking, ‘Melville could have lived here – or drunk here, or in the case of St Peter’s Church – prayed here’. The church is now a bar, and so it seemed only natural for him to return there, and it’s here that he meets another vampire, Sheryl Malone. I always find it important to set my books in real places. When I’m trying to work out a character’s motivation it helps if I can be in his or her shoes, walk where they walk, and see what they can see. Often, I’ll get a completely different perspective on a scene just by standing in the exact spot, at exactly the same time of day and listening to what my character would hear and seeing what they would see.

When I was writing the book, I became aware that the city had become a major part of the story, and was as much a character as Melville, Lathom or even Sheryl. Liverpool, like all my characters, is imperfect, neither good nor bad – and often funny.

Carl Jung had once called Liverpool ‘The Pool of Life’ and as it was a book about the undead I had initially intended to call it: ‘The Pool of Life…and Death.’ However, although locals would appreciate the pun it would mean little to anyone outside of the city. I decided that the title of the book needed to convey the playfulness and irreverence of the city, and so that became the sub-title.

Liverpudlian’s are often referred to as ‘Scousers’, sometimes with affection and sometimes as an insult. The name is derived from a local stew called Scouse, it’s also the name of the local dialect and familiar to anyone who remembers the Beatles.

A book about vampires would obviously be a Gothic book.

So, one set in Liverpool could only be: “Scouse Gothic”.

I want to thank Ian for giving us that awesome guest post ! I found it really interesting. I didn’t know that Liverpool was connected to our Civil War.

I also want to thank everyone who reads this.  I will be doing my review of this book tomorrow, until then….. Have a good day everyone!!! 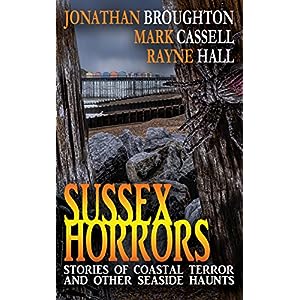 Take a terrifying journey to a coastline associated with candyfloss and amusement arcades, and see it stripped to the bone.

Whether it’s seagulls that prove to be more than a nuisance, the mysterious inhabitants of a forgotten village, or a fisherman whose Easter eggs are not for consumption, the horrors are always there … and much closer than we care to admit.

Am I Scaring You Tonight?

*** I was given this anthology in exchange for an honest review. ***

I was really excited when I was contacted by Nev from Confessions Publicity about this because I already know Rayne Hall and Mark Cassell on Twitter and have talked to them and heard about their books. I couldn’t wait to start reading the book when I got my hands on it. I knew it might take me a bit to read it though since  I have a lot going on in my personal life, but I knew it’d be worth it and I was right.

I liked some of the stories over others because I felt they stood out more. Like The Rebirth, for example. I felt like this one was really fascinating and creative and truly horrifying. No one would want to birth an egg after being kidnapped from a vine. The whole thing is just revolting and creepy. Plus that bird that was the “mama” , just cringe-worthy and pleasing for a horror story, but I wouldn’t ever want that to happen in my life.

Demon Alcohol was another great story that was pretty horrifying. I just feel like it was a Twilight Zone episode mixed with an American Horror Story episode. So bizarre and creepy with weird fleshy beings and bloody gore. For some reason it reminded me of Lizzie Borden case as well. Something always there… I thought that the story was brilliant but made me shudder to think if it would ever happen. God, I hope not. *Shudder*

Away In A Mangler is so messed up it’s not even funny. I was rooting for Tanya the whole time. I just couldn’t believe strangeness. I knew something was off right away. The story reminded me of the movie Split. This was probably the most horrific story out of all the stories. There was a little twist too about the figurines.  ugh. Gross.

You Have One Message and Furzby Holt were really interesting too. Made you think about what our futures could hold if we forget about the sick or if we continue to be dependent on technology. I really thought these were horrifying in a way that it is possibility of happening. It is kind of sad too and I really had deep thought and reflection after these two.

Seagulls and Double Rainbows were pretty good too but were more horrific in as that they would be likely to happen. Seagulls attacking people and men cheating and thinking there won’t be consequences.  It is awful but it was obvious that would be the end result. The dreaded end result.

I really enjoyed 7 of the 12 stories and would suggest this anthology to anyone who enjoys horror. I gave this 3 stars because I didn’t feel that the other stories in my taste and also because I felt at times I was pushing myself to finish the book. It is always hard for me to rate anthologies. The plus side is I enjoyed more than I disliked!

I really enjoyed all three of these authors together and I hope they do another anthology. I think this was a great thing and they should do more of it. Hopefully next time I will get my review done quicker if my computer will corporate.

Blurb: Amelia’s heart is torn between the new, the old and the familiar but when her heart screams out what it wants, Amelia listens. It’s not always easy since a conflicted heart wants different things on different days, but she finds a way to work around her indecisiveness and focus on what she needs- what she thinks she can’t live without.

The closer Amelia gets to figuring out her love life, the more Hawk unravels. While he deals with loose ends and new threats, his strategic plans start to fall into place. Pawns advance, the King’s in the ideal position and the Rook hosts the Mad Lib Auction. What he doesn’t expect is for his Queen to be in danger and for Knights to steal hearts.

Okay so when the first book ended the way it did, I needed this book as soon as possible and I got it from Sonya right away just by emailing her. I just had to know what was going to happen next with Lia and the craziness of her life that included Hawk.Things got real interesting fast.

As soon as the book started I was pulled in because Lia was being pulled in different directions right away. Feelings were being spilled and she didn’t know what to do. Hell, she still had to figure out her own. Once she does, everything turns into chaos and Hawk goes mad. Madder than the mad hatter and it isn’t cool.

Something bad happens to Lia because someone is after her and everyone is trying to figure out who it is. Is it a friend? One of the men after her love? Is it Hawk? Who is it? Well, whoever it is they are done with the pranks and are out to kill. Who said college was all about learning and life and sometimes falling in love?

There is so much going on in this book and I absolutely love it. I didn’t think that the second book could get any better but it did. I couldn’t get enough of the book with all the twists and turns. Also with everyone finally getting their feelings together and figured out.

I adore the progress where Lia and Robins are at but of course I would love more. I will always love more of these two. They are just the best!

The way the book ended was even more of a shocker than how the first book ended! Like fall out of my chair shocker. Like whaaaa? Babam, no thank you ma’am.  I expected the last half, but not the first half Sonya.  Although I suppose upon further reflection it makes sense, but wooo give a girl some warning something’s gonna happen.

Now, I have to wait until the next book is out and what is a girl to do with an ending like that? I mean, for real? 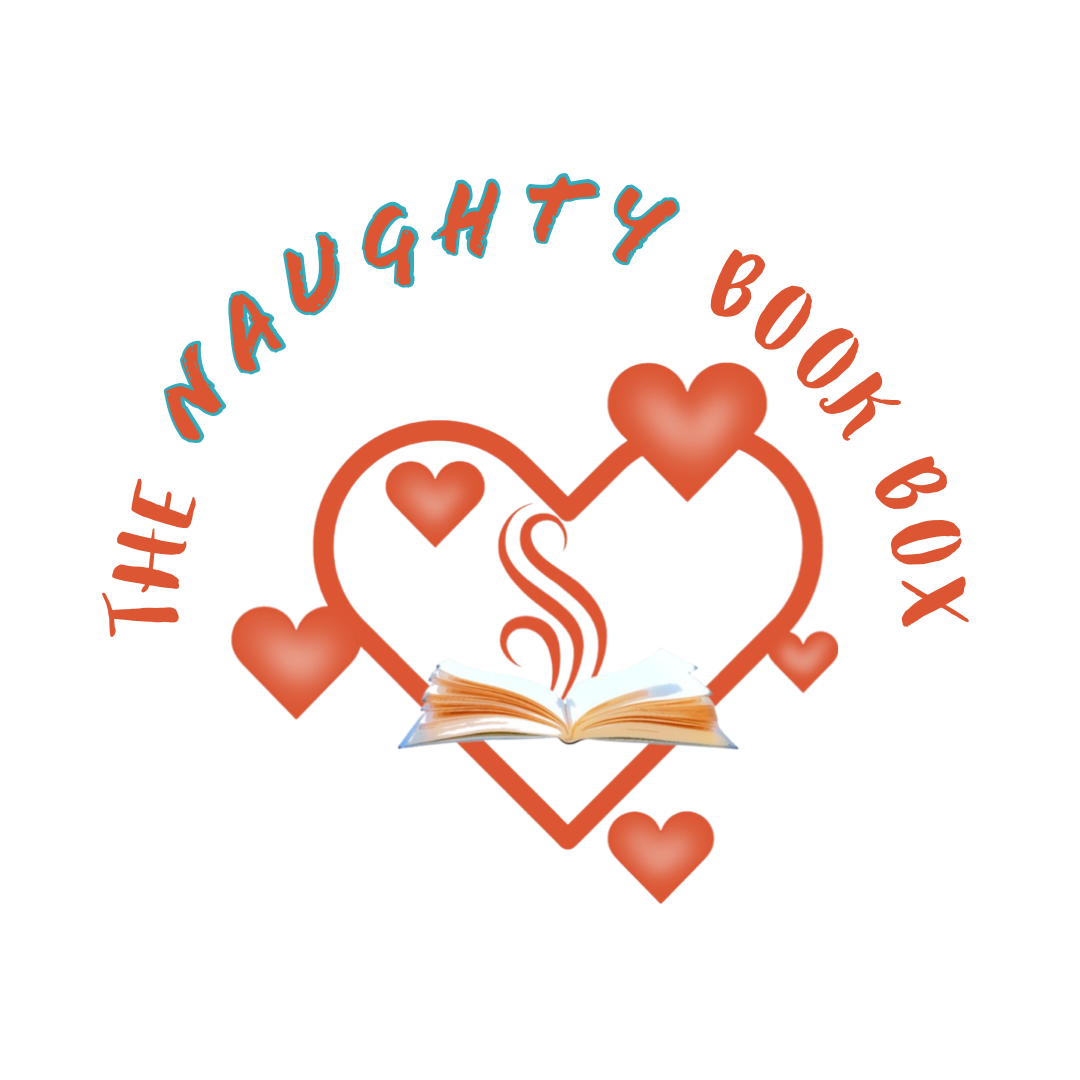 Who needs a social life when you have books?